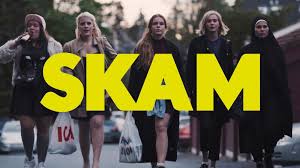 These were the departing words of my late grandmother. I kid you not. Moments before the  miniature sparrow-like woman left this mortal coil.

It's unclear who they were aimed at, but it may well have been at my mother who was at her deathbed.  The only person in the room. She's heard it many times before. Only this was to be the last. She  herself was 71. Her mother 92.

Shame is a theme in our family, as it is in many. It goes back a long way. Generations. I loose sight of when it started, but the preceding four have definitely suffered. As have I. And as, I hate to admit, does my son. Six generations raised on shame. On my mother's side. My father's side it was pretty dominant too. He still spits the words 'Shame on you' against his children. Especially but not exclusively when he is drunk. He may text just that. Or email just those words. I am not always sure what I am meant to be ashamed of. A bit like my grandmother. Who did she mean to shame? My mum? herself? I may be overthinking this, but I think both my father and grandmother are also talking to themselves. Shame on me. And when I think like that I no longer feel the urge to defend myself, or just relent and accept the shame.

Shame is a fantastically efficient way of getting children to do what you want.  In the moment. The fear factors goes through the roof. The fear of loosing the love, the most valuable of currencies. My parents generations shame was one of the most used parenting tools. Shaming children was a parental prerogative. I now wonder whether it wasn't just omnipresent. Did my grandmother, did my father know a home where shame wasn't always there. As a feeling.

I know shame well. From the inside. It is a physical sensation. It makes me smaller.  In every way. It makes me want to be swallowed up by the earth. Never to be seen again. But I don't always know where it comes from.

I think shame is a common denominator for us all. A feeling along with anger, love, infatuation, fear and happiness. We all recognise it. This by the way is one of the many brilliant observations behind the Norwegian monster media hit series Skam (Shame). Youth is particularly vulnerable an age for shame. Yes, I am a bit obsessed at the moment.

In the US Brene Browne has done some truly amazing research into women and shame. For which I am forever grateful. She calls is a silent epidemic. Especially for women. I take her point. We don't need our parents to shame us. We do it so willingly ourselves.

What perhaps is different from person to person is just how strongly it takes hold. My father and mother often shamed us as kids. I think they often meant to guilt us. But it usually came out as shaming us. We didn't just make a bad choice. We were wrong. Fundamentally. Unchangeably.

In truth I'm terrified that I might pass this on to my son. Terrified that it is such a knee-jerk reaction that I won't recognise it as shaming him, when I give him the cold shoulder. Or sighs that  sign when he spills milk, or I have to do another load of wash because he has wet the bed or his pants.

I feel awful writing this. But the only way to splinter the blind angles of the unhelpful aspects of my own upbringing, that I am bound to repeat if left unchallenged, surely the only way forward is to acknowledge this.

I am a firm believer that parenting is at least 50% looking inwards. Yes, also as an adoptive mum. Or perhaps especially as an adoptive mum. If I'm not aware of shame in my life and upbringing, how can I stand any chance of recognising and acknowledging when my five-year-old feels it.

It seems to me that my son through his background is particularly vulnerable to shame. I've seen it happen. He get told off. Not badly. But he instantly crumbles. And looses it. Inconsolably. Because I fear it confirms what he fear most of all that deep down everyone can see that he is wrong. And unlovable.

Yes. I have no doubt it goes this deep.

And I have got work to do to make sure I don't hone those grooves. 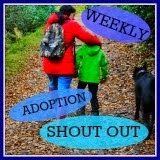